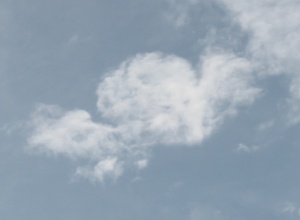 My name is Dawn Christine, and I was born on April 15, 1963 in Port Alberni, British Columbia. At a young age, a being who spoke in a language I no longer remember began to visit nightly. It was given that in the future there would be a great awakening and that we would have to work very hard to help people remember the truth. For years I had nightmares of the walls closing in and bugs chasing me, the visions always reminding that this time in history would come. The time is here.

A number of years ago while searching birth records online, the work of Kevin Annett appeared – “Hidden From History – The Canadian Holocaust. Annett bravely reveals Canada’s darkest secret – the deliberate extermination of indigenous (Native American) peoples and the theft of their land under the guise of religion. To know that people were tossing new-born babies in ovens and burning them to death is an unimaginable horror, yet it is real and true and incredibly dishonourable should we ignore such a truth. We have to be strong enough to handle the truth in order to move on and forgive and as ONE create a new earth and a new way of living. Something is deeply wrong with the way animals and children are treated … the shame, humiliation, cruelty … the deliberate deaths of innocent creation.

One day while playing with friends, a man in a truck revved up his engine and drove over an innocent pup, killing him on the spot. The man’s anger was searing, and I can still feel it this moment as these words pile out. I remember visiting the grave of little kittens that had been drowned in a sack with rocks and seeing a group of boys whipping a snake on the hot pavement. All of this, always, felt wrong, yet we were told to be quiet about these, to stop being so sensitive, yet I could feel the pain of these animals go through body. I didn’t know why so many people seemed angry. I know now that our spirit comes from a Godly place, and there is a reason that we can feel people’s thoughts and emotions as if we are alive and breathing mirrors for one another. We are.

Over the years, lightworker websites became more prevalent, especially the work of people such as Greg Giles and Indian in the Machine … and other brave people searching for truth including David Icke, David Wilcock, Benjamin Fulford and others. In the midst of this, a number of guides from the realm of the magi depicted in our holy works began to introduce themselves. They recognized the love in these words and started to guide me in more truthful ways. They taught that we can not really share truth until it is found within, because although our intentions may be good, we cannot share a truthful path until we walk it ourselves.

The  real truth is that no one can own Mother Earth or her resources. No one can own you! We are each a part of Creator, and by Common Law, we are free inhabitants of this great emerald plant. We owe nothing to the banksters whose criminal path can be traced to Civil Law which takes us directly to The Vatican who right now is facing horrific truths of their centuries-old abuses of our children. Their kharmic debts are amongst the greatest on Earth. Creation is very very clear about the ramifications for killing children and animals. THERE ARE NO GREY LINES! This you will learn more about as the days unfold. Too, you will learn the truth between fact and fiction that have been kept since WWII … unbelievable things that will make your head spin. You will learn of truths dating back to The Sphinx, ancient old biblical truths that were distorted to control and keep you asleep. Be strong. Be Brave.

We share many news stories, and in truth I don’t know which leaders care and don’t care. A great Dean once told me, “throw it all up in the air and see what lands!” Indeed, the truth lies somewhere between fact and fiction as sure as prophecy! For now, find your truth. Live it ~ breathe it.

Know that you are the Great I AM. I AM the Great I AM. WE ARE THE GREAT I AM. Know that Jesus, JE SUIS = I AM. You are Jesus. William Shakespeare was trying to tell us something – the very clue left in his name: WILL I AM SHAKE YOUR SPEAR ! SPEAR = TRUTH! Shake your spear! See, feel and breathe the truths of Mother Earth all to be revealed. Prepare to welcome the magic and mystery about life beyond planet earth and listen to your star brothers and sisters who are here to teach us. There is free energy for everyone and unimaginable inventions and healings to come from a new form of light physicians!

Know that you are deeply loved. You deserve more happiness and freedom than you have ever known. Let go of your fears and walk into your light.

Be your Great I AM and together let’s tread gently on this peaceful new earth. As children, let’s begin again.